Today is ‘Equal Pay Day’, meaning that from today until the end of the year, women will effectively work for free because of the UK’s gender pay gap. Women working full time earn, on average, 11.5% less than men – this is the equivalent to around six weeks of lost pay, which covers the period from today until December 31st.

Why is there a gender pay gap?

The gender pay gap measure used by the Fawcett Society to calculate when Equal Pay Day falls is the difference between the mean hourly earnings of men and women who work 30 or more hours per week (excluding overtime). This is a measure across all UK jobs – it’s not a measure of illegal pay discrimination, whereby men are paid more for doing the same job.

Yet pay discrimination does still explain some of the gender pay gap. In 2018, former China editor for the BBC, Carrie Gracie, won substantial backpay from the broadcasting corporation after she wrote an open letter expressing her frustration that male international editors earned "at least 50% more" than female international editors. Likewise, Glasgow City Council was last year ordered to compensate thousands of women who were being paid less than men in jobs of the same grade. Big-name retailers such as Next are currently embroiled in legal action for paying shop workers - who are mostly women - less than their male colleagues in the warehouses, reflecting the undervaluing of jobs seen as “women’s work”.

There is also a well-documented “motherhood penalty”. The unequal sharing of domestic and family tasks between men and women, together with leave policies that skew the distribution of care towards mothers and inadequate and expensive childcare services, may lead women to reduce their hours or opt for ‘family-friendly’ and ‘flexible’ jobs, even if these jobs are below women’s qualification and pay level. Employers are also more likely to perceive mothers as less competent and less committed to their careers, leading to discrimination against women in hiring, promotion, and pay decisions.

Deeply engrained gender stereotypes beyond motherhood can also impact negatively on women’s access to male-dominated and often more lucrative careers, from science and engineering to managerial and board positions. For example, women are often evaluated more harshly for leadership roles because of a cultural mismatch between the perceived demands of leadership (assertiveness, decisiveness and self-confidence) and the qualities people associate with women (being ‘nice’, communal and submissive).

This year’s gender pay gap of 11.5% is an improvement from last year’s figure of 13.1%. But the improvement is slight and needs to be read with caution. Challenges faced in collecting data under public health restrictions introduced to combat coronavirus have resulted in a smaller sample size than in previous years.

There is a real risk the coronavirus pandemic could widen the gender pay gap. During the second lockdown, male-dominated sectors like manufacturing and construction have remained open, whereas hospitality, retail, and beauty – sectors dominated by women – have been forced to close once more, leading to women being furloughed or laid off. School closures and a looming reduction in available nursery places for younger children have made it harder for women to progress their careers, as mothers spend more time on childcare and housework and do fewer hours of uninterrupted paid work than fathers. These inequalities risk intensifying employer discrimination against women by reinforcing assumptions of women’s lower productivity and commitment because of their care duties.

"The pandemic has highlighted the centrality of care work to the economy and to women’s employment and earnings progression. Any recovery plan needs to acknowledge this" Dr Kowalewska

The pandemic has highlighted the centrality of care work to the economy and to women’s employment and earnings progression. Any recovery plan needs to acknowledge this by ensuring adequate provision of (affordable) child and elder care services, decent pay for care workers, and a more comprehensive parental leave system that promotes a fairer distribution of care between mothers and fathers.

Measures that specifically target women’s employment disadvantages would also help. For example, targets and quotas for women’s representation have been successful in addressing a lack of gender diversity on corporate boards across many countries. Moreover, women’s voices need to be included in decision-making processes. Yet so far, there has been a notable absence of women around the Cabinet table under Boris Johnson’s government.

There’s nothing natural or inevitable about the UK’s gender pay gap, but the problem will not go away on its own. Closing the gap will require deep changes to gender norms (both inside and outside formal workplaces) as well as serious policy and political shifts.

Dr Helen Kowalewska is a postdoctoral researcher at Oxford’s Department of Social Policy and Intervention and the Institute for New Economic Thinking at the Oxford Martin School. As part of the Oxford Martin Programme on Inequality and Prosperity, her research looks at the relationship between welfare states and women’s employment outcomes using quantitative and qualitative methods. 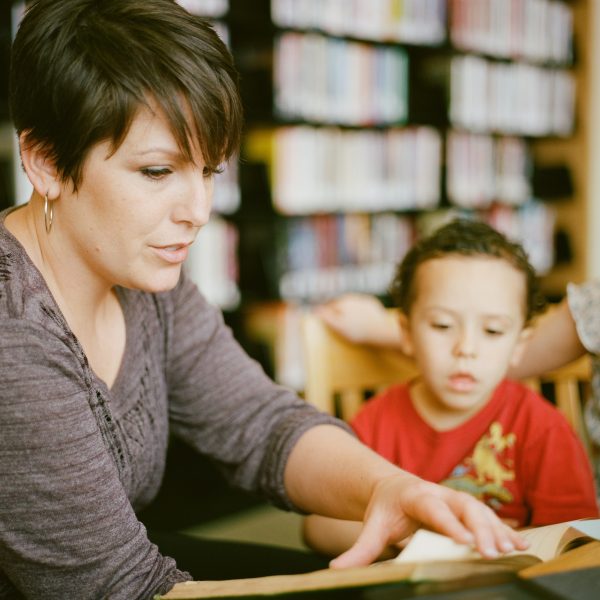