The event was held at The Oxford Martin School in partnership with the Resolution Foundation, who are a major funder of the activities of the Employment, Equity and Growth Programme at INET Oxford.

The accumulation and distribution of wealth across Britain has been a contentious issue since the dawn of economics. But while wealth inequality is traditionally viewed as being between rich and poor, a new divide is also emerging – the wealth gap between generations.

The failure of younger generations to accumulate wealth – through pensions, property and savings – will reduce their lifetime living standards, particularly once they reach retirement. This would have profound implications for both families and the state, so what can be done?

As part of its Intergenerational Commission, chaired by Lord Willetts, the Resolution Foundation will soon be publishing a series of papers analysing Britain’s wealth across generations. Ahead of this launch, the Oxford Martin School hosted an event to explore these issues and the role of public policy in tackling Britain’s new wealth divides.

Experts from the Foundation presented some of the emerging findings from its work on intergenerational wealth inequality, while Professors John Muellbauer and Brian Nolan discussed possible policy responses, before taking part in an audience Q&A. Watch the full event below.

·Professor Brian Nolan, Director, Oxford Martin Programme on Inequality and Prosperity; Director of the Employment, Equity and Growth Programme at the Institute for New Economic Thinking at the Oxford Martin School 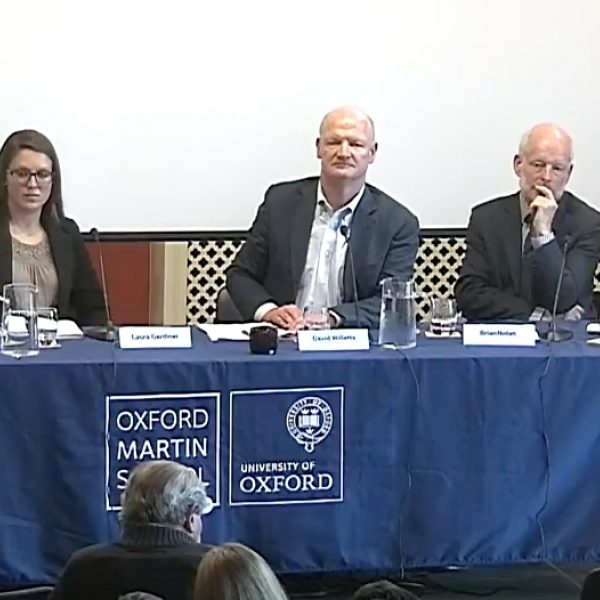