A group of climate experts, led by researchers from the Oxford Martin School, have launched a set of working principles for positive engagement between investors and companies that are carbon-intensive or engaged in fossil fuel extraction.

The Oxford Martin Net Zero Carbon Investment Initiative launched its working paper, ‘Working Principles for Investment in Fossil Fuels’, at the French Assemblée nationale, on the first day of the UN COP21 climate negotiations in Paris. The paper delivers three key questions for institutional investors to ask of companies whose stock they hold, which call for these companies to detail their contribution to the transition to a net zero carbon economy.

Myles Allen, Professor of Geosystem Science, and Cameron Hepburn, Professor of Environmental Economics, have worked for six months with a range of stakeholders, including asset owners, asset managers, the fossil fuel industry and the academic and non-governmental communities, to devise what they believe is a constructive alternative to straightforward calls for divestment. Partners include academics at the Universities of Harvard and Columbia; and the 2° Investing Initiative.

The key questions are:

Speaking ahead of the launch, Professor Hepburn said: “Fiduciary investors have a legal duty to control for material risks. Without satisfactory answers to these three questions from firms in the fossil fuel extraction sector, they cannot be confident that the sector is part of the solution.”

Peter Wheeler, a former Goldman Sachs partner, now deeply involved in the conservation movement, was among those consulted, and adds: “many investors are keen to engage with the leadership of fossil fuel companies to manage risks and support the rapid transition to a decarbonized economy, rather than taking what is, perhaps, the easier option of immediate outright divestment. But they are unsure what questions they should be asking: these working principles provide a challenging but constructive starting point.”

Professor Allen concluded: “Whatever emerges from Paris in the next ten days, large corporates will have to play a part in achieving net zero carbon emissions by the time global temperatures reach 2°C. A vital part of the picture will be the pressure that institutional investors apply. At this stage, engagement, rather than divestment, looks more likely to achieve this outcome.” 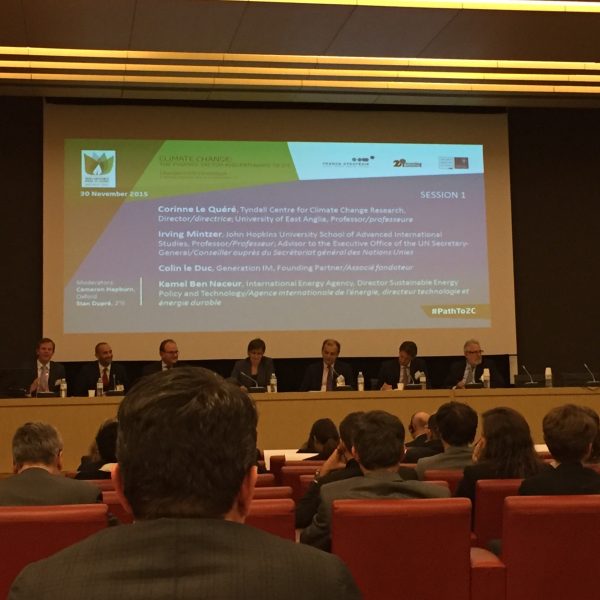