University of Oxford and Harvard academics, politicians and energy industry players have come together to emphasise COP 27’s transformative power as the conversation about renewable energy changes.

COP 27 will be held against the backdrop of an energy cost crisis and an energy security crisis driven by fossil fuels, as well as worsening climate impacts around the globe. It will also be the first held with academic evidence and industry experience showing conclusively that the renewable energy transition is a net economic benefit that will cut energy costs and raise future GDP.

At COP events on November 9th and 10th University of Oxford, Professor Cameron Hepburn, Director of the Economics of Sustainability at INET Oxford and Director of the Smith School of Enterprise and the Environment at the University of Oxford will present recent research showing that decarbonising the global energy system by 2050 could deliver net savings of $12 trillion dollars.

Professor Hepburn said, “COP 27 has the potential to be a milestone moment for the global response to the climate crisis. It is the first COP where we have empirically-founded modelling that shows what many have believed for years – that renewables are on track to be a net cost saving to the global energy system, and the faster the system is decarbonised the cheaper energy will be for everyone. Not only that, but it comes at a time where the cost, volatility, and national security implications of the world’s reliance on fossil fuels is all too clear. Now is the time when the conversation changes. Now is the time we embrace the economic opportunity of the energy transition.”

COP 27 has the potential to be a milestone moment for the global response to the climate crisis. Professor Cameron Hepburn, Director of the Economics of Sustainability at INET Oxford

Alistair Phillips-Davies, Chief Executive at SSE plc said, “It is clear that a renewables-led energy system will deliver significant cost savings, improving energy security and providing a cleaner greener future. That’s why we’ve committed to our Net Zero Acceleration Programme outlining plans to invest £12.5bn over the five years to 2026 in renewable energy, electricity networks and flexible technologies that will help redraw the energy map. This important research from the University of Oxford highlights why we need actions, not ambitions, to accelerate the energy transition.”

Green Party co-leader Carla Denyer said, "This research points to three important facts - investing in renewables produces a net saving, investing early produces faster savings, and everyone's energy costs could be reduced if we turn off our dependence on fossil fuels now. Why are we waiting?"

Veteran environmentalist Bill McKibben, Founder and Senior Advisor at the climate campaign group 350.org agreed, “The economics of the energy transition used to be the thing that slowed us down. Now, with the mountain of data showing that renewables are an economic boon of the first order, it should be the... wind in our sails.”

Professor Ricardo Hausmann founder and Director of Harvard’s Growth Lab and the Rafik Hariri Professor of the Practice of International Political Economy at Harvard Kennedy School said, “Countries have been asking what they can do to reduce their own carbon emissions. Instead, they should be asking what can they do to enable the world to reduce its emissions. The first frame looks like a restriction on progress. The second frame invites one to think of the many growth opportunities that a decarbonizing world will create, whether for those who are developing green technologies, for those providing the minerals that decarbonisation will require or for those building the equipment or making the green products of the future.”

The world isn’t facing an energy crisis, it is facing a fossil fuel crisis — the sun and the wind remain cheap and are getting cheaper. Professor Eric Beinhocker, Executive Director of INET Oxford

Professor Eric Beinhocker, Executive Director of the Institute for New Economic Thinking at the Oxford Martin School said, “The world isn’t facing an energy crisis, it is facing a fossil fuel crisis — the sun and the wind remain cheap and are getting cheaper. Rigorous, empirical research shows that the faster we transition to renewable energy, the more we will save in costs – potentially trillions. A rapid transition is also essential for increasing energy security and enabling the world to meet crucial climate commitments. The time to act is now."

Professor Hepburn will be presenting the findings of the research paper ‘Empirically grounded technology forecasts and the energy transition’ at two COP 27 Blue Zone events. First at a University of Oxford event at the Global Alliance of Universities on Climate (GAUC) event area from 14:00 EET on Wednesday 9th November, then at an event hosted by energy services company SSE plc at the Business Pavilion for Climate Leadership from 13:00 EET on Thursday 10th November. 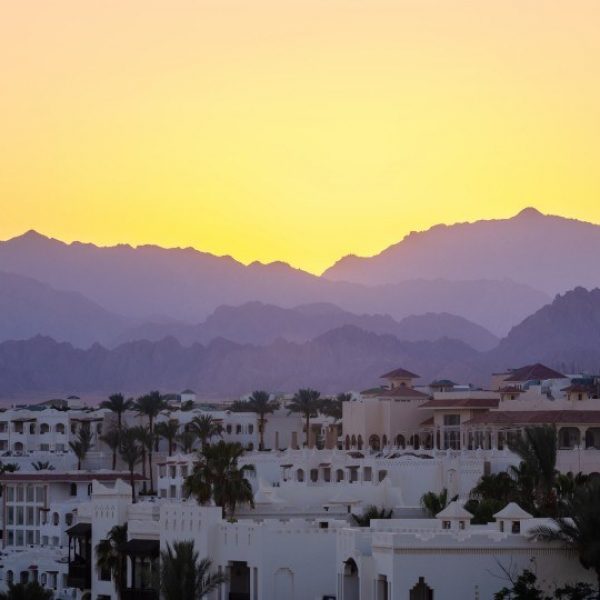