Leading economists and scientists call on governments to learn from interventions that drove success of solar, wind and LED industries

It shows how targeted policy support and investment has led to dramatic cost reductions and huge market growth in wind and solar power and LED lighting, and it calls on governments to adopt the same approach to accelerate new low-carbon industries, such as electric vehicles and steelmaking. It says market-shaping policies can play a key role in supporting global ambitions to accelerate new clean energy technologies, encouraging international collaboration to drive rapid innovation and scale this decade - a central pillar of the COP26 conference.

The New Economics of Innovation and Transition: Evaluating Opportunities and Risks, finds that policy support and government-led investment in clean technologies shapes the growth of markets, unlocks further private sector investment, and can rapidly drive down costs. With the right policies in place, clean technology markets have grown and costs fallen much faster than most people expected.

Analysis of the growth of the wind, solar and LED industries shows that market shaping policies are at least as important as R&D in accelerating innovation. Yet these policies are often not supported by the cost benefit analysis commonly used by governments to appraise public policy. Some of the policies most critical to success were implemented despite, not because of, the predominant economic advice.

The report findings show that governments should be more aware of the potential for policy-driven innovation to drive economic growth as well as to meet the net zero commitments that now cover 75% of global GDP. It offers a new framework for government leaders and policy makers to guide decisions on how to stimulate clean energy innovation, considering not just costs and benefits, but also opportunities and risks. It also warns that while carbon pricing can be helpful in the right circumstances, it will not be enough on its own, and other policies may be more effective in bringing new clean technologies to market and driving innovation, investment and cost reduction.

The report findings show that governments should be more aware of the potential for policy-driven innovation to drive economic growth as well as to meet the net zero commitments that now cover 75% of global GDP. It offers a new framework for government leaders and policy makers to guide decisions on how to stimulate clean energy innovation, considering not just costs and benefits, but also opportunities and risks. It also warns that while carbon pricing can be helpful in the right circumstances, it will not be enough on its own, and other policies may be more effective in bringing new clean technologies to market and driving innovation, investment and cost reduction.

The report is from the Economics of Energy Innovation and System Transition (EEIST) Project, a partnership between world-leading research institutions in the UK, EU, Brazil, China, and India including the Institute of New Economic Thinking at the Oxford Martin School, funded by the UK Government and the Children's Investment Fund Foundation. EEIST is a three-year project using new economic approaches to support better decision making on policy relevant to low carbon transitions in high emission, fast growing emerging economies, with a focus on China, India and Brazil, which are home to more than half of the world’s population.

Investment into clean energy sectors, including power generation, electricity grids, road transport, steelmaking and hydrogen, could support 65 million jobs and $26 trillion of benefits by 2030. The markets expected to grow most quickly and attract most investment will be those with clear, ambitious and supportive policies.

Michael Grubb, Professor of Energy and Climate Change at University College, London, and co-author of the report said, “The policies that drove major breakthroughs in low-carbon technologies like wind and solar, were challenged by traditional economic advice, which ignored the role of innovation, framing climate policy as costly. We need to learn from these successes that delivering ‘net zero’ will require more sophisticated economic understanding of innovation and transition, more widely applied.”

“This report provides a new framework to better assess new technology opportunities and the risks of inaction to inform smarter government interventions.”

The report says that the greatest successes in the clean energy transition so far have come from government policies to shape markets - often through policies that the economic analysis at the time generally did not recommend:

These historic transitions were driven by a strategic mix of policies that shaped new markets and led to rapid cost declines and accelerated deployment. They targeted resources directly at the deployment of specific technologies, providing investment support, cheap finance, and public procurement. For example, government policy mobilized investment to support wind in the UK and Brazil and solar PV in Germany and China, with the growth of low cost Chinese manufacturing accelerating cost reductions. Energy policies, such as contracts and pricing under the UK’s Electricity Market Reforms in 2013, incentivised clean energy at the expense of fossil fuels. In India, bulk government programmes for affordable energy access drove rapid cost reductions in LED lighting.

The scale of these transitions has exceeded all expectations. They are now among the cheapest ways to generate electricity, and light, across much of the world. Almost two-thirds of wind and solar projects built globally last year will generate cheaper electricity than even the world’s cheapest new coal plants.

The report says that delivering the Paris climate targets now requires unprecedented, policy-led transformations in multiple technologies and sectors, and governments and policy makers should learn lessons from the past to support better policy decisions. Market-shaping policies can have a profound impact on the development of new cost-effective technologies in every sector of the global economy which emits greenhouse gases. They support new supply chains, business models, markets and jobs, accelerating innovation and driving down costs.

For example, zero-emission vehicle mandates could be a highly cost-effective intervention to drive the mass uptake of electric vehicles. This would encourage investment in new technology, enhance economies of scale, create new jobs, improve performance and cut costs. In turn, this would stimulate consumer demand and development of the necessary infrastructure (such as charging). This could be far more effective than just pricing the carbon dioxide emitted by petrol and diesel vehicles, which does not address the structural challenges of creating demand for and supply of EVs and associated infrastructure.

International collaboration to drive such interventions can shape new global markets, create faster innovation, larger economies of scale, and level playing fields where they are needed. This can accelerate progress towards tipping points where clean solutions become the most affordable, accessible and attractive options worldwide.

Ulka Kelkar, Director, Climate program, WRI India, said, “For developing countries like India, upfront capital costs can make new technologies unaffordable, even if their eventual benefits outweigh the initial investment. But we have seen technologies like solar power and LED lighting rapidly become cheaper, and may see the same with batteries, EVs and hydrogen electrolyzers. With early investments and sound policies, we can benefit from advances in low carbon technologies and avoid expensive shifts later.”

The report warns that the focus on immediate costs and benefits used by many analysts around the world to assess policy interventions can create a bias towards inaction. This is because they cannot predict with confidence the benefits of low-carbon innovation, and may therefore underestimate or even exclude them, and fail to capture the positive impact that market shaping policies can have. In contrast, risk opportunity analysis can lead to better decision making when dealing with transformational change, by considering how policy affects processes of innovation and transformation.

Using such an approach could have supported investment in the deployment of wind, solar and LED lighting technologies, even when their costs were high. 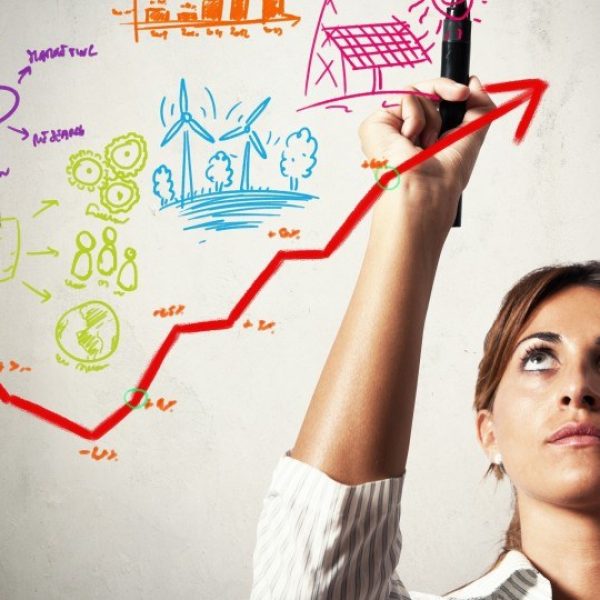