How to Help Greece and Europe

INET Oxford executive director Eric Beinhocker discusses how to fix the Greek crisis on MSNBC and in two Bloomberg pieces.

In two segments on MSNBC’s "Three Cents” programme Beinhocker discusses the Greek crisis with Josh Barro of the New York Times, Martin Wolf and Robin Wigglesworth of the Financial Times, and Tom Nuttall of the Economist.

These interviews build on two pieces Beinhocker wrote for Bloomberg View where he argues that the current design of the eurozone is a “halfway-house of horrors” and either Europe has to much more closely integrate (which is politically unlikely) or slim down to a more homogeneous and compatible membership (see article here). If the latter path is chosen then the best outcome would be a “managed Grexit” where Greece leaves the euro in a controlled manner with lots of help from the EU and debt relief from its creditors (see article here).

For more on Greece by the INET community see the collection "Greece, Europe and the Future". 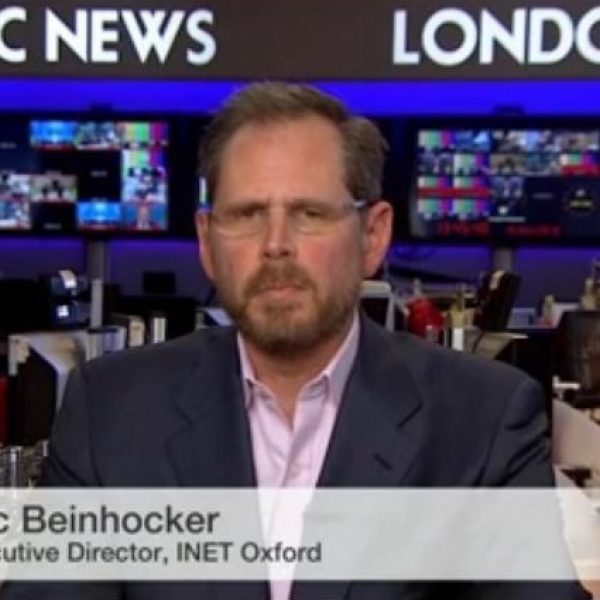