Models of empirical economic phenomena are needed for understanding the evolution of data processes, testing subject-matter theories, forecasting future outcomes, and conducting policy analyses. All four intrinsically involve discovery, since economies are so high dimensional, evolutionary from many sources of innovation, and non-constant from intermittent, often unanticipated, shifts that many features of any economic model lie outside the purview of theoretical analyses and existing evidence. Discovering the properties of economies is the key objective of empirical modeling.
Consequently, building appropriate models involves a multitude of decisions, and the many features that need to be taken into account can overwhelm researchers, especially when tackling outliers and multiple breaks or facing more candidate variables than observations. Drawing on recent advances in computation and search algorithms, automatic modelling methods like Autometrics can create, and empirically investigate, a vastly wider range of possibilities than even the greatest expert. The principles of empirical model discovery and the role of model selection therein determine the stages of developing a viable model of a complicated evolving process that retains, yet evaluates, available theory insights and automatically conducts a range of pertinent tests of specification and mis-specification.
Despite selecting models from large numbers of candidate variables, Autometrics can achieve desired targets for incorrectly retaining irrelevant variables, and still deliver near unbiased estimates of policy relevant parameters. To do so, a carefully structured search is required from a general model that contains all the substantively relevant features, an approach known as general to specific, with the abbreviation Gets. This book reports on several decades of innovative research into such automatic methods of model selection, focusing on Autometrics.
For more information and to order a copy please see the MIT Press link here. 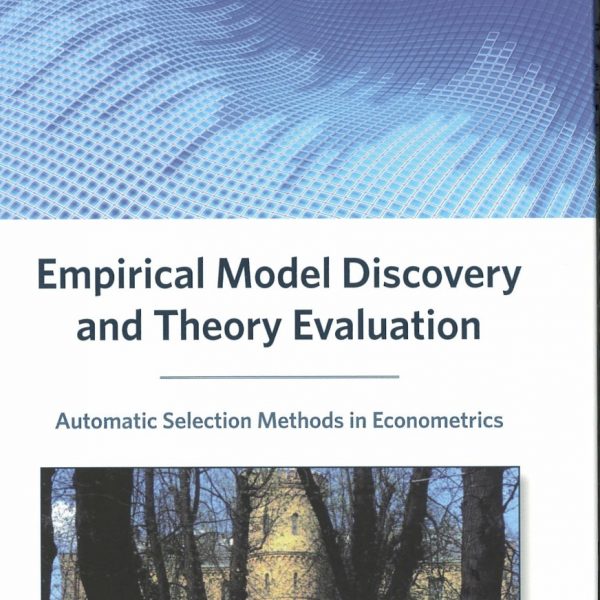