High Speed Trading - How Fast is Too Fast?

Share:
INET Oxford research shows trade-offs between liquidity and market stability in high speed trading
In today’s electronic financial markets a single investor can execute more than 10,000 trades a second. Firms doing high-speed trading are willing to spend hundreds of millions of dollars to gain even a millionth of a second advantage over their rivals. While technologically impressive questions have been raised about whether this activity is actually good for the markets and society or dangerous and destabilising. Supporters argue that high-speed trading adds liquidity to markets, encourages efficient price discovery and synchronises prices across markets. Those against argue that the liquidity added is fleeting and won’t be there when needed, that the algorithms can interact in ways that de-stabilise markets and create flash crashes. They also argue that the benefits of the activity are pure rent seeking - they flowing to those with the biggest IT budgets and cleverest algorithms and don’t contribute more broadly to average investors and society.
New research by INET Oxford’s Daniel Fricke and Austin Gerig, former with INET Oxford now at the US Securities and Exchange Commission (SEC) shows that both sides have a point. Their work shows that high-speed trading does create some benefits, notably lower spreads and better synchronisation of prices across markets thus reducing arbitrage opportunities and making markets more efficient. But in another paper they show that those benefits have limits and markets have an optimal clearing frequency based on the volatility of a security, its trading intensity, and the security’s correlation with other securities. Milli or microsecond speeds are typically beyond this frequency and unnecessary for market efficiency while potentially contributing to market instabilities studied in other research.
For Daniel and Austin’s papers please see here
Also see Mark Buchanan’s piece in Nature covering their work 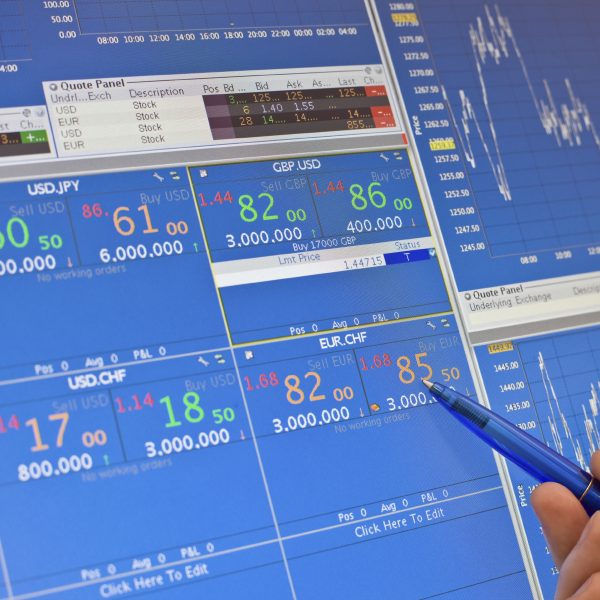