The Great Financial Crisis (GFC) crisis forced governments to choose between the unattractive alternatives of either bailing out a systemically important bank (SIB) or allowing it to fail disruptively. Bail-in has been put forward as an alternative that potentially addresses the too-big-to-fail and contagion risk problems simultaneously. Though its efficacy has been demonstrated for smaller idiosyncratic SIB failures, its ability to maintain stability in cases of large SIB failures and system-wide crises remains untested.

Our findings indicate that the too-big-to-fail problem remains essentially unresolved at present. Our results suggest that bail-ins under their current design are not a credible alternative to a bail-outs in severe financial crises, such as that experienced in the GFC, or in cases of idiosyncratic failures of the largest SIBs (see Figure 3, orange lines). The orange lines show that “poorly” designed bail-ins could exacerbate financial distress by increasing contagious asset losses by multiple trillions of euros. On the positive side, our results also suggest that a possible shift towards financial stability remains in the hands of policymakers – even in systemic crises – if bail-in design parameters are changed from their “poor” to “good” values (see Figure 3, blue lines). But we fear that political economy incentives make this unlikely.

To better understand our results, please read the associated paper and/or INET blog. 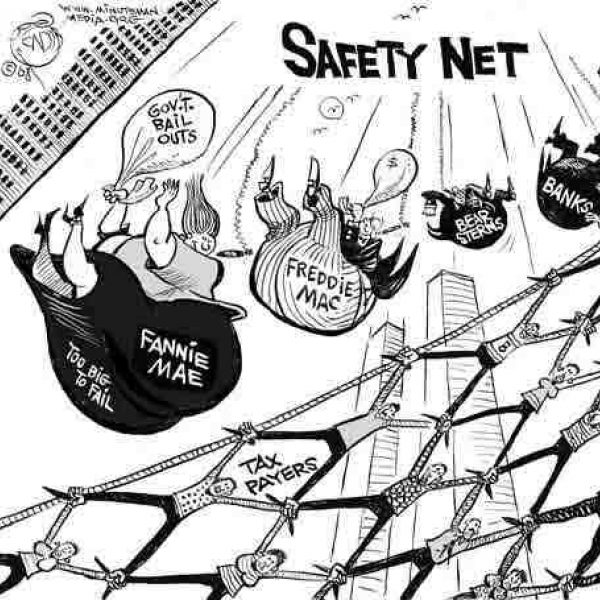