The Rt. Hon. Liam Byrne, MP spoke on June 5th at an Oxford Martin School/INET Oxford lecture. Mr. Byrne is the MP for Birmingham Hodge Hill and is the Shadow Minister for Universities, Science and Skills. Byrne has a background in business prior to entering politics and served in the Home Office and HM Treasury in the previous Labour Government.

In his speech, Mr. Byrne noted on the hundredth anniversary of the Great War that it is important to recall the alliance between business and government that helped win that war, and that a new such alliance is needed to meet the challenges we face today. He observed that one of those challenges is a model of growth that increasingly is leaving large segments of society behind. He warned, "We're becoming a low pay, low skilled, low value added economy, out-paced and out-boxed by new powers, rising around the world and old nations who, unlike us, have got their act together...Our challenge is enormous: to rebuild the opportunity economy so that hard work gets you on in life once more."

Mr. Byrne noted though that leaders in business, trade unions, faith communities, and government are beginning to engage with the challenge of inclusive growth, ranging from the Blueprint for Better Business, to recent statements from the G20, IMF and OECD, to speeches by the Archbishop of Canterbury and trade union leader Frances O'Grady.

He called for a policy programme of "win-wins" that would raise growth and productivity in Britain, while raising standards of living for the middle and below. His proposals included a renewed push on free trade deals, increased infrastructure investment, ideas for building the knowledge economy, reforms to pension investing to create more "patient capital", boosting apprenticeship programmes, and a jobs guarantee.

See this link for a copy of the speech and Mr. Byrne's slides. 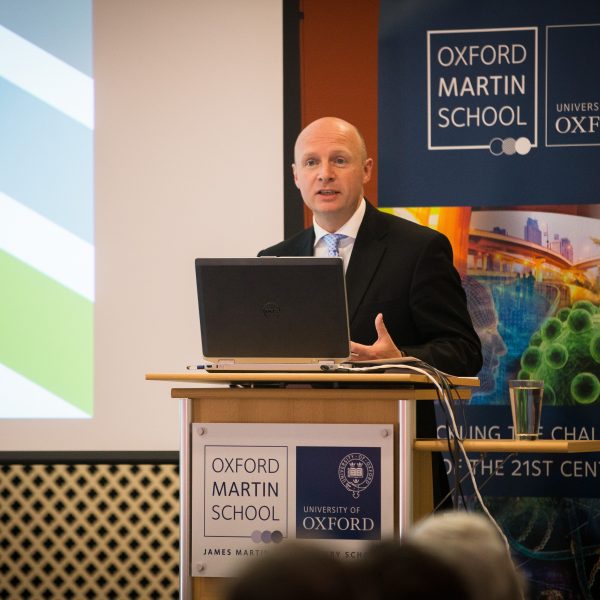