19 August 2016
Integrating renewable energy resources into electricity grids will be fundamental in the transition to a low carbon energy system. However, doing so in a way that is affordable while ensuring system security and reliability does not come without its challenges.

Electricity produced from wind and solar renewable resources is intermittent and increases complexity for power system operators, and it generally increases demand for greater flexibility from all the assets connected to the grid. This opens a unique opportunity to exploit complementary synergies across different energy (and demand) resources that contribute to decarbonisation goals.

For example, recent technological advances have accelerated the dialogue around the potential contribution of electricity storage in this transition, as it allows excess renewable energy output to be stored for later use. However, the roles that storage will play on the grid are still evolving. Significant advancement is needed to ensure affordability and reliability, and questions remain about the scale at which its services can be technically and economically integrated into the grid.

But transitioning to a low-carbon energy system is urgent—it’s a challenge that needs to be addressed today.

Other low-carbon technologies can be enhanced when used in unison. Rapid expansion of shale gas production in the United States and elsewhere has made natural gas (NG) an increasingly important player in achieving near to medium term decarbonisation goals. Natural gas might even have a longer-term role to play as we move to net zero emissions, provided carbon capture technologies become affordable. When used in the electricity sector, NG is more efficient than other fossil fuels, and it can provide flexibility and reliability to the grid.

Although NG and renewable electricity (RE) traditionally competed for market share in the power sector, there is a growing awareness of their synergistic use. Wind and solar energy have zero fuel costs (and thus no fuel price risk) yet variable generation profiles; natural gas-fired generation is characterized by fuel price volatility but can be flexible and dispatchable. These complementary risk profiles create opportunities for financial risk hedging and enhanced reliability from a portfolio management perspective.

Compelling business models make the synergistic use of natural gas and renewables attractive from both systems-level perspectives in bulk energy as well as in distributed applications. While research by the National Renewable Energy Laboratory explores this potential anecdotally, very little work can be found in the literature that quantifies the value.

To help narrow this gap, we conducted a detailed analysis of the value of investing in NG and RE together as complements with a focus on residential and commercial projects from the perspective of the consumer. In distributed applications, expanding direct use of NG and RE in homes and businesses can reduce overall energy consumption and emissions.

We use a discounted cash flow analysis and real options analysis to value hybrid NG-RE systems assumed to be located in the states of New York and Texas. Technology performance and operational risk profiles are modelled at the hourly level to capture to model the variability of NG prices and variable RE output.

In the applications studied, the findings consistently suggest that NG-RE hybrid distributed systems are always more favourable than business-as-usual, which we define as continuing to procure resources from the local utilities. The NG-RE hybrid system is also more favorable than a single-technology alternative in many cases.

These results highlight the importance of creating an enabling operational and regulatory environment that is conducive to the investment and deployment of such hybrid systems in distributed applications. Viewing NG and RE as complements, as opposed to substitutes, could motivate public investment and support for hybrid systems, helping accelerate both clean energy technology adoption and research into policies and market designs.

The synergistic use of NG and RE in distributed applications is just one example of the opportunity to exploit complementary synergies across different energy resources and technologies towards achieving decarbonisation goals. As electrical storage becomes increasingly economically and technically viable, future research could also examine the value of investments in storage at various scales from both a systems-level perspective as well as in distributed applications.

The promise of these new technologies and synergies only can be met if markets are designed so that they can thrive. A fundamental rethink of market design and innovation is needed for informing the development of an environment conducive to increasing RE grid integration—one that is compatible with the technological and economic characteristics of low carbon power generation and which signals the right kinds of new investment.

The complete published paper can be accessed here.

This opinion piece was written by Jacquelyn Pless, Postdoctoral Researcher at the Institute for New Economic Thinking and Oxford Martin Fellow of the Oxford Martin Programme on Integrating Renewable Energy and Douglas J. Arent, Executive Director of the Joint Institute for Strategic Energy Analysis at the National Renewable Energy Laboratory. The authors thank Professor Cameron Hepburn for helpful comments. 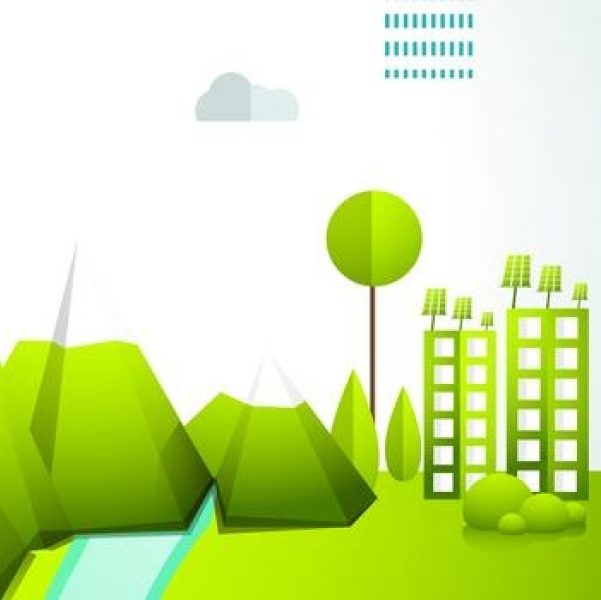