Incentivising private investment is key to the scaling and adoption of clean fuels and technology by the shipping industry, and the implementation of contracts-for-difference ('CfDs') by the public sector is a tried and tested means of achieving this, according to a new report from INET Oxford and the Smith School of Enterprise and the Environment, University of Oxford.

A CfD is a contract between two entities, usually described as "buyer" and "seller." It specifies that the buyer will pay the seller the difference between the current value of an asset and its value at the time of contract.

The implementation of a contracts-for-difference would allow the public sector to close the gap between the market price for a new technology or fuel and the price required to give the private sector a sufficient return, effectively subsidising the private sector until costs of production decline sufficiently as industry gets up to speed with mass production and deployment of clean shipping technologies.

CfDs have previously been used very successfully to bring down the cost of renewable energy, notably in offshore wind in the UK, where they were credited with attracting significant private investment.

Despite being left off the 2015 Paris agreement, the shipping industry accounts for an estimated 2.5%-3% of global greenhouse gas emissions. If left unabated, this figure is expected to increase by up to 250% by 2050, threatening broader global efforts to tackle climate change.

Under the guidance of the International Maritime Organisation, the industry agreed a target of at least 50% emissions reductions by 2050, which falls far short of net-zero targets set by many global economies.

Various technologies and fuels are being developed that could dramatically reduce emissions from the industry, from hydrogen or methanol-based fuels to modular nuclear reactors, but all of these remain prohibitively expensive.

The report proposes a 'fuel-only' CfD as one of the simplest ways in which such a contract could be used in the shipping industry. It would allow shipping companies to purchase zero-carbon emission fuel at the same cost has marine gasoil, but without covering all of the additional associated costs of infrastructure and retro-fitting.

"The spectacular cost declines in clean technologies such as solar and wind means that cost competitive clean fuels for shipping are on the horizon. Through the application of exciting new policy instruments such as contracts-for-difference, international shipping has the opportunity to play a major role in the green industrial revolution," said Dr Matthew Ives, co-author of the report.

"The spectacular cost declines in clean technologies such as solar and wind means that cost competitive clean fuels for shipping are on the horizon. Through the application of exciting new policy instruments such as contracts-for-difference, international shipping has the opportunity to play a major role in the green industrial revolution" Dr Matthew Ives, report co-author

The report notes that of all the public bodies that could implement CfDs, the EU is well placed to do so initially. This is due to its access to fiscal resources from inclusion of shipping in the EU emissions trading scheme, political will to decarbonise shipping, and previous experience with administrating CfDs. However, the report's authors believe that, ultimately, the International Maritime Organisation needs to take ownership of such a programme.

Photo by Dimitry Anikin on Unsplash. 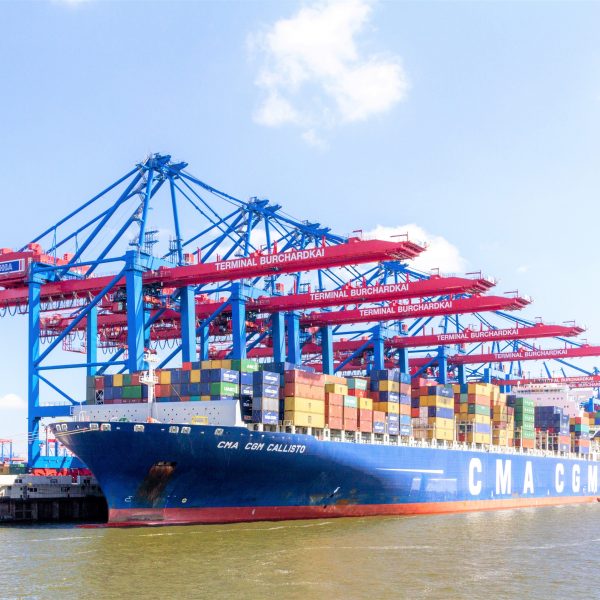