Eric Beinhocker, INET Oxford Executive Director, and Cameron Hepburn, Director of the Economics of Sustainability Programme, both participated in a retreat convened by Chatham House for officials from finance ministries and multilateral institutions to discuss post-Paris strategies on climate change. Hepburn gave a presentation on the latest thinking on carbon pricing, and Beinhocker presented on transitioning to a model of zero carbon economic growth. The meeting included senior figures such as Olli Rehn who was previously the European Commissioner for Economic and Monetary Affairs and is currently Economic Minister for Finland, and Lord Alistair Darling, former British Chancellor of the Exchequer, as well as government officials from Europe, Canada, and China, and the IMF, OECD, IEA, and development banks. The retreat was supported by the KR Foundation and held at the Rothschild family stately home Waddesdon Manor with support from the Rothschild Foundation. 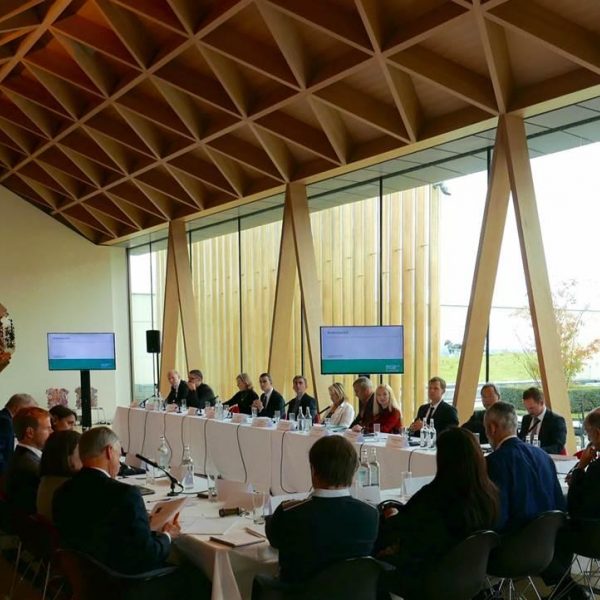