How to prevent the next housing bubble

The causes of the 2008 financial crisis were complex and global. But the most proximate cause was an enormous bubble in residential real estate, most notably in the U.S. Bubbles in the UK, Ireland, and Spain have also played a major role in the Europe’s economic problems.

A team led by J. Doyne Farmer (INET Oxford), Robert Axtell (George Mason and visiting scholar at INET Oxford), John Geanakoplos (Yale) and Peter Howitt (Brown) and funded by INET have created a unique agent-based model of housing bubbles using data on nearly every household, home and mortgage in the Washington, D.C. metro area. Using plausible decision rules for how households choose homes and request mortgages, and how banks approve (or not) such mortgages, the model is able to generate a housing bubble of approximately the same size as occurred in Washington. The model is further able to closely reproduce time series for a variety of real estate data, such as the inventory of homes for sale, the ratio of average listing price to sale price, and the average number of days homes spend on the market, giving us significant confidence that its internal structure is largely correct. The model is also capable of being used to study alternative policies that might have attenuated the bubble.

In the model individual homeowners make decisions about which home to buy, how much money to put down, when to refinance, and so on. Individual homes can be bought and lived in by the homeowners or purchased by investors who rent them out. Households that rent homes can decide to become homeowners. Mortgages are written for specific homeowners living in particular houses at terms offered by banks. This individual or ‘agent’ based model can be rendered at 1-to-1 scale with the nearly 2 million households in the city of Washington, D.C. and its suburbs in Virginia and Maryland.

Using very large datasets assembled from the IRS on households, from a mortgage service company on housing stock and mortgage performance, and from the region’s Multiple Listing Service (MLS) concerning real estate transactions, the team have synthesized behaviorally-realistic decision rules for households, mortgage approval rules for banks, savings rules for renters trying to become homeowners, investment rules for agents trying to profit from the bubble by temporarily buying and renting out homes before selling (‘flipping’) them, and so on. Running the model forward from starting conditions in 1997 the team found that the model generically produces an aggregate price bubble that is of the same size and shape as the actual bubble, as shown in the first panel of the following figure.

In addition to getting the bubble about right, the other panels in figure 1 show that model variables, such as the number of homes sold and the number of days they stay on the market, are also coming out quite close to the empirical levels.

Models of this type, because they fully-represent the economic processes that actually occur in housing markets, are especially useful for studying alternative policies.

The team ran three policy experiments on the model shown in figure 2. First they asked if the Fed had held interest rates constant through the period rather than cutting them (figure 2, left panel). Second what if loan-to-value ratios (LTVs) had been held constant through the period rather than increasing (middle panel). And third what would have been the combined effect of both policies (right panel). The preliminary results show holding interest rates up would have helped reduce the severity of the bubble but would not have prevented its formation. The key factor in bubble formation was a decline in credit quality and a policy requiring that banks maintain credit standards (indicated by LTV) would have largely prevented the bubble. A combination of higher interest rates and credit standards would have further limited the rate of house price increases.

If these results stand up to further analysis they have important implications. Central banks have historically relied on interest rates as their primary policy tool. Yet interest rates are a very blunt instrument. If rates had been higher during the period, not only would they have been ineffective in preventing the bubble, they would have negatively effected production in the economy and employment. By using macroprudential powers to regulate credit quality, the central banks would have had a both more effective and more precise tool for preventing the bubble with significantly less collateral damage for the rest of the economy.

See the team’s American Economic Review article describing the model and their results in detail.

In addition to the agent-based modeling team, INET Oxford’s John Muellbauer has been investigating when an overheated housing market is a threat to overall economic stability. In many countries, house prices are subject to boom/bust cycles and in some but not all cases they result in severe economic and financial instability.

Muellbauer notes that overheating can have both a price and a quantity dimension, but it is likely that they are linked by common drivers. Much depends on the land-use planning regime which profoundly affects the supply response. It is helpful to make the distinction between overshooting of house prices due to extrapolative expectations and 'frenzy', given fundamentals, and shifts in possibly fragile fundamentals. Muellbauer notes that careful econometric modeling is needed to distinguish the two and that central banks or other policy makers should institute quarterly surveys of house price expectations of potential housing market participants to help assess the first type of overshooting. Assessing the fragility or otherwise of the economic fundamentals is more complex.

Muellbauer notes that credit supply conditions in the mortgage market are the 'elephant in the room'. Without taking credit conditions into account, one simply cannot understand the behaviour of house prices, housing debt and consumption in countries such as Australia, the UK, the US, South Africa or France or understand vulnerability of some economies to high levels of household debt.

While we may not be able to perfectly predict the next housing bubble, we know that they will happen and Muellbauer analyses a number of metrics including high bank leverage ratios, high ratios of loans to deposits, debt, deficit and current account of ratios that might provide early warning signals. 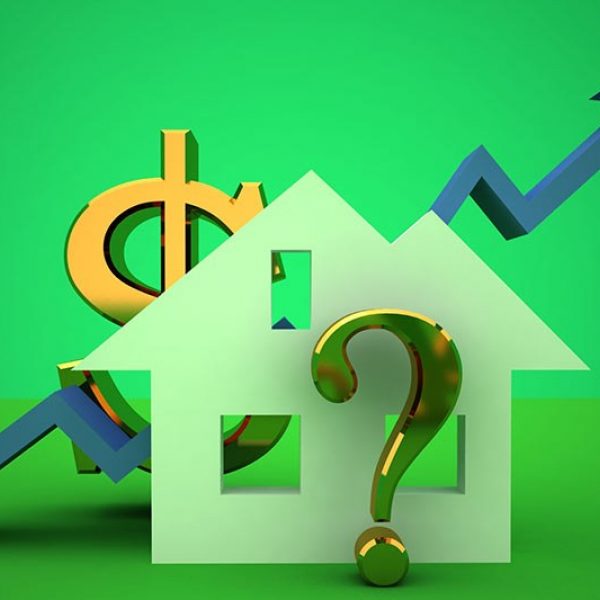