Professor Cameron Hepburn has been announced as the new Director of the Smith School of Enterprise and the Environment, and from October 2018 will lead the School in its growing portfolio of research and education to shape business practices, government policy and stakeholder engagement on the environment.

As an Oxford economist, Cameron brings with him a wealth of expertise relating to energy, resources, climate and the environment. He is a world-recognised thinker on energy and climate policy, having served as an advisor to ministers in several countries including the UK, China, India and Australia, and advising international governmental organisations and institutions such as the OECD, UN and World Bank.

Cameron has played a key role in shaping the Smith School's success to date, serving as Deputy Director alongside Sir David King at the School's founding and lately as a Professor of Environmental Economics. Cameron is currently the Director of Economics of Sustainability within the Institute for New Economic Thinking at the Oxford Martin School, where he will continue to foster linkages and research.

We are delighted that Prof. Cameron Hepburn has been named the Director of the Smith School. Cameron will bring outstanding leadership skills to the school and we are pleased that he will also be continuing his role helping lead INET Oxford’s important research on climate change and sustainability issues.

Cameron will take over the Directorship from Professor Gordon L Clark who has led the School since 2013. 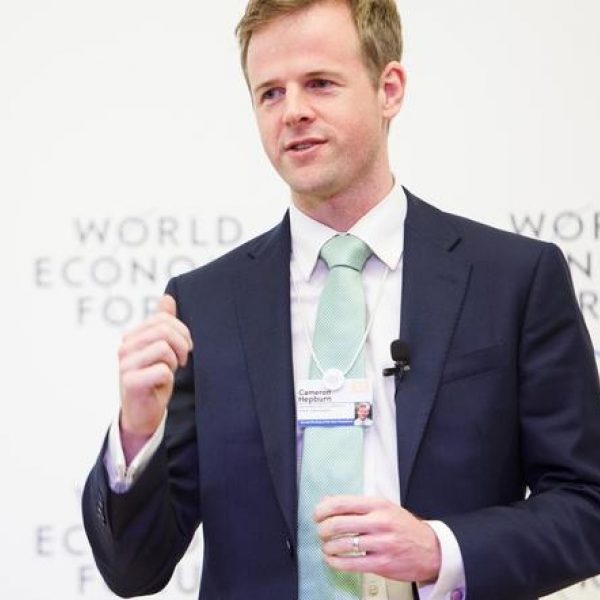