Joachim Mowinckel was named by Nova, a Norwegian student and business network, as the top student in economics this year. The results were reported in the Norwegian newspaper Finansavisen alongside winners in IT and Engineering. Mowinckel s an MPhil in Economics student affiliated with INET Oxford and is co-supervised by Eric Beinhocker and Ian Crawford. Mowinckel recently submitted his thesis on “Estimating Age, Period and Cohort Effects on US Income Inequality: An Entropy-Based Approach." 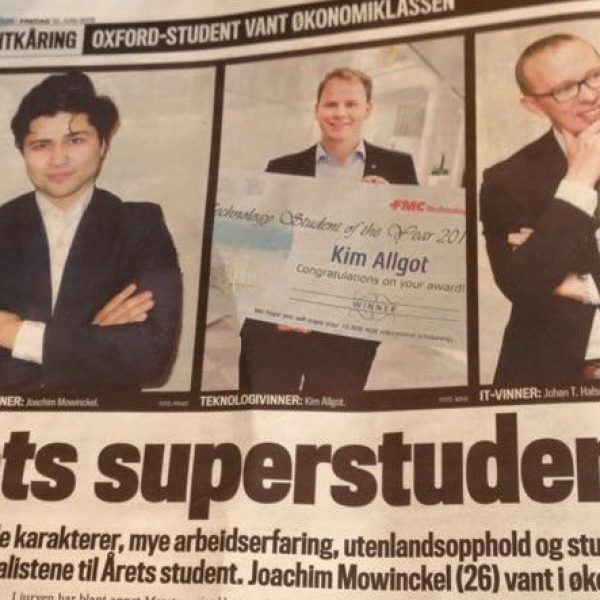