Symposium for the Stern Stiglitz Commission on Carbon Prices

INET Oxford's researchers Professor Cameron Hepburn and Dr Linus Mattauch (both Economics of Sustainability) are convening an international symposium on carbon pricing in cooperation with the French Development Bank (AFD) and the World Bank Group. The symposium will take place in the Ecole Normale Supérieure in Paris on May 17. Its rationale is to facilitate academic dialogue on carbon pricing in connection with the World Bank's High Level Commission on Carbon Prices, which will deliver its report later this month.

After the Paris Agreement on climate change, the focus of climate change mitigation policy is on the implementation of national targets and on increasing their ambition. Putting a price on carbon is widely recognized as the most efficient way to achieve cuts in emissions and a necessary condition for deep decarbonisation of national economies.

Joseph Stiglitz, Nobel Laureate in Economics, and Lord Nicholas Stern, have agreed to chair a High-Level Commission on Carbon Prices that will make recommendations on implementing the Paris Agreement. The Commission has been established as part of the Carbon Pricing Leadership Coalition with a secretariat at the World Bank. The Commission’s purpose is to guide the design of carbon pricing instruments in order to deliver on increasing the ambition of climate change mitigation policy.

The objective of the academic symposium is to discuss the economic rationality, political feasibility and public acceptability of carbon pricing in the context of national economic objectives and fiscal policy. A special emphasis is put on the potential of revenue recycling and instrument design as possibilities for generating political support for carbon prices. The contributions focus on policy implications, but are also grounded in state-of-the-art economic theory or empirical analysis.

The full programme for the day can be accessed via: http://www.chair-energy-prosperity.org/en/event/symposium-for-the-stern-stiglitz-commission-on-carbon-prices/ 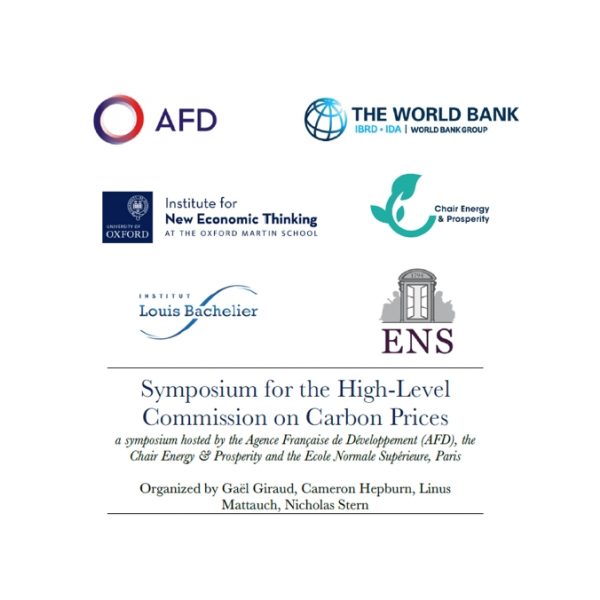