What would the world gain by phasing out coal and replacing coal with renewable energy? We measure the gains from phasing out coal as the social cost of carbon times the quantity of avoided emissions. By comparing the present value of avoided carbon emissions to the present value of the opportunity costs of ending coal plus the costs of replacing it with renewable energy, our baseline estimate is that the world could realize a net total gain of 77.89 trillion US dollars. This represents around 1.2% of current world GDP every year until 2100. The net benefits from ending coal are so large that renewed efforts, carbon pricing, and other financing policies we discuss, should be pursued.

On Monday May 2, 2022, The Guardian published an article on the heatwave in Pakistan and North-Eastern India titled “We are living in hell” with the following description of the extreme temperatures already reached in early spring: “The hottest temperatures recorded are south-east and south-west of Ahmedabad with maximum land surface temperatures of around 65C,” the European Space Agency said on its website. The high temperatures have been putting unprecedented pressure on power demand in India and Pakistan, where people have had to endure hours of cuts amid the crippling heat. On Friday peak demand in India touched an all-time high of 207,111 MW, according to official figures.” It is a tragic irony that India’s and Pakistan’s immediate response to the heatwave is to expand electricity production from coal-fired power plants, which can only worsen the intensity of future heat waves.

How can we stop this infernal cycle of more energy demand leading to more carbon emissions and a hotter planet? As hard as international negotiators have tried to reach an agreement to phase out coal (and despite the promise of a historic breakthrough at the COP26 in Glasgow), so far all attempts to get the world to phase out coal have failed. More recently, in response to the war that Russia started against Ukraine, even the countries that had given up on coal have been revising their stance. The most common concern with phasing out coal that is voiced is that it would be too costly. We are told that replacing coal with renewable energy would be too expensive.

The flaw with the argument that phasing out coal is too costly is that it ignores the benefits from lower carbon emissions. These benefits are real economic gains in terms of lower expected physical damages from climate change, leaving aside all the attendant benefits to economic activity and innovation that the investments in renewable energy will bring. Economic efficiency stipulates that the carbon price should be set equal to the social cost of carbon (SCC). We build on the sizeable literature on integrated assessment models (IAM) that provides quantitative estimates of the SCC to determine the carbon price to apply to avoided emissions. If all carbon emissions were priced under an efficient global emissions trading system (ETS) the equilibrium carbon price in this market would be equal to the SCC. It would then be possible to generate a total gross revenue from phasing out coal equal to the carbon price (SCC) times total avoided emissions. By shorting coal and going long replacement renewables it would then be possible to generate an arbitrage gain similar to the net social gain we have estimated from phasing out coal.

We calculate avoided carbon emissions from phasing out coal starting in 2024 by subtracting from the carbon emissions under a business-as-usual scenario, the lower carbon emissions that would be generated if instead coal were to be phased out in line with the Net Zero 2050 scenario of the Network for Greening the Financial System (NGFS). Our baseline estimate of the social benefit of phasing out coal takes the SCC to be equal to 75 dollars per ton of CO2, in line with the lower end estimates of the SCC in Vernon et al. (2021) and lower than the current price of carbon allowances in the EU ETS.

Our analysis makes a simple but powerful observation: phasing out coal is not just a matter of urgent necessity to limit global warming to 1.5°C. It is also a source of considerable economic and social gain. The net economic benefits from ending coal are so large that a general policy implication from our analysis is that efforts should be redoubled to achieve a global agreement to phase out coal as soon as possible. Even faced with “high transaction costs” and “poorly defined property rights”, to use the language of the Coase Theorem (Coase, 1960), it is surprising that a Coasian bargain of such proportions has not yet been exploited.

A global agreement to phase out coal has not been reached at the COP26. The 197 parties of the convention could only agree on accelerating independent efforts towards the phase-down of unabated coal power. But what is needed is a far more ambitious agreement to phase out coal that links investments in renewable capacity to replace coal, along with financing of these investments, and compensation of coal companies for lost profits. From a Coasian perspective it is sound economics to compensate losses incurred from phasing out coal, to account for capital expenditures needed to replace the energy from coal, and to set all these costs against the social benefits of avoided emissions.

A broad policy implication from our analysis is that if compensation was built into an agreement to phase out coal, and if the promised transfers for green investments to developing countries were to be made conditional on phasing out coal, the social gains from such an agreement would still be enormous, and the agreement would be far more likely to succeed.

To gain further insight into the size of transfers that may be required to pay for the replacement of coal with renewable energy, we further break down on a regional basis where these costs would be incurred. We find that the present value of total conditional climate financing needs to end coal globally are around 29 trillion dollars, in line with renewable investment needs estimated in other studies. This represents an annual global climate financing need between half a trillion and two trillion dollars, with a front-loaded investment this decade, which we estimate to be up to $3 trillion. Investment costs for the developed world to cover these global annual climate financing needs would be in the range of 0.5% to 3.5% of rich countries’ GDP.

This clearly represents a major challenge. But our analysis shows that the social gain from these investments far exceeds the cost. Some prominent commentators have argued that no government in the world has enough money to make such sizeable investments and have called on the private sector to steer the required funding to renewable energy investments. Most of the funding for these investments can indeed come from the private sector but a significant amount of public money to enhance these investments will still be needed (see Arezki et al. 2016, and Bolton et al. 2020). We provide ballpark estimates of the size of public funding that is required if for every dollar of public funds nine dollars of private financing can be tapped through blended finance arrangements and conclude that the overall strain on public finances is not inordinate especially in light of the large social benefits from phasing out coal.

[1] A computational tool and extra analysis can be found at https://greatcarbonarbitrage.com. 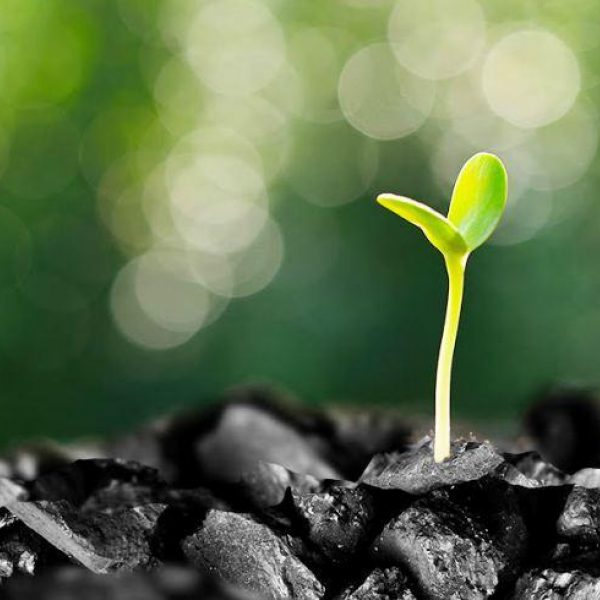