The Value of Everything - Lecture by Mariana Mazzucato

Mariana Mazzucato, Professor in the Economics of Innovation and Public Value at University College London, and author of The Entrepreneurial State: Debunking Public vs. Private Sector Myths and The Value of Everything: making and taking in the global economy, took on the wintery weather at the end of January and gave a lecture at the Blavatnik School of Government. This was a joint event with INET Oxford and the Oxford Martin School.

This talk argued that modern economic theory has led to the confusion between profits and rents, and hence the distinction between value creation and value extraction. Using case studies from Silicon Valley to the financial sector to big pharma, Prof Mazzucatto demonstratesd how the current rules of the system reward extractors over creators, and distort the measurements of growth and GDP. In the process, innovation suffers and inequality rises. To move to a different system—with growth that is more inclusive, sustainable and innovation-led—it is critical to rethink public value and public purpose in the economy.

Economic value has long been considered a dusty subject in economics - a topic economists thought was settled by the mid-twentieth century. Mariana Mazzucato’s book “The Value of Everything” makes a strong argument that it is far from a settled subject and how we think about value matters greatly to how people behave and how the economy is organised. Her lecture, co-hosted with the Blavatnik School and the Oxford Martin School, stimulated a very lively debate with students and faculty that I’m sure, and hope, will continue.

Mariana Mazzucato (PhD) is Professor in the Economics of Innovation and Public Value at University College London (UCL), and is Founder and Director of the UCL Institute for Innovation & Public Purpose (IIPP). She advises policy makers around the world on innovation-led inclusive growth, including a special advisory role to the EC. She is winner of the 2014 New Statesman SPERI Prize in Political Economy, the 2015 Hans-Matthöfer-Preis, and the 2018 Leontief Prize for Advancing the Frontiers of Economic Thought. She was named as one of the '3 most important thinkers about innovation' by the New Republic. Her highly-acclaimed book The Entrepreneurial State: debunking public vs. private sector myths was on the 2013 Books of the Year list of the Financial Times. Her new book The Value of Everything: making and taking in the global economy has been released and was shortlisted for this year’s Financial Times and McKinsey Business Book of the Year prize. 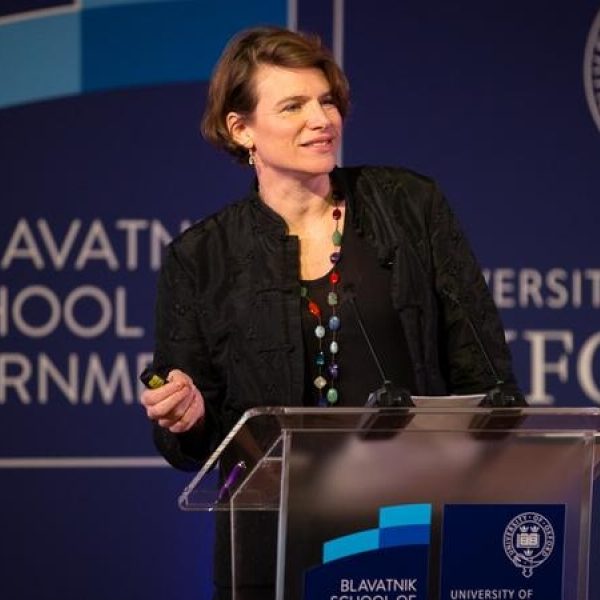