Share:
INET Oxford had a strong presence at the Festival for New Economic Thinking that took place at the end of October in Edinburgh. INET Oxford was one of the contributing partners. Our DPhil students Tahnee Ooms and Nils Rochowicz acted as coordinators of their respective YSI working groups; the Inequality Working Group and the Complexity Economics Working Group.
INET Oxford researchers and students presented at the festival and it was a great opportunity to showcase their research to a wider audience, but also to get feedback, ideas and inspiration from other festival participants. Dr. Davoud Taghawi-Nejad gave a workshop on the co-creation of policy models with scientists and policy makers using web-based simulators. Tahnee Ooms, Alex Pfeiffer, Joan Madia and Marco Ranaldi presented their research. Matthias Roesti and Andrea Bacilieri were active participants at the Festival.
In general, the festival portrayed the wide variety of thinking and research about the economy that is the central feature of INET's mission. The Festival brought together over 60 organisations including the INET Young Scholars Initiative, Rethinking Economics and Core-Econ. The Core-Econ booth displayed contributions of the many INET Oxford scholars involved. Furthermore the festival showed that the Young Scholars Initiative is not just a great platform for students to learn from established researchers outside their own curriculum, but that these students and young researchers are also able to produce New Economic Thinking themselves, and challenge old assumptions and paradigms. 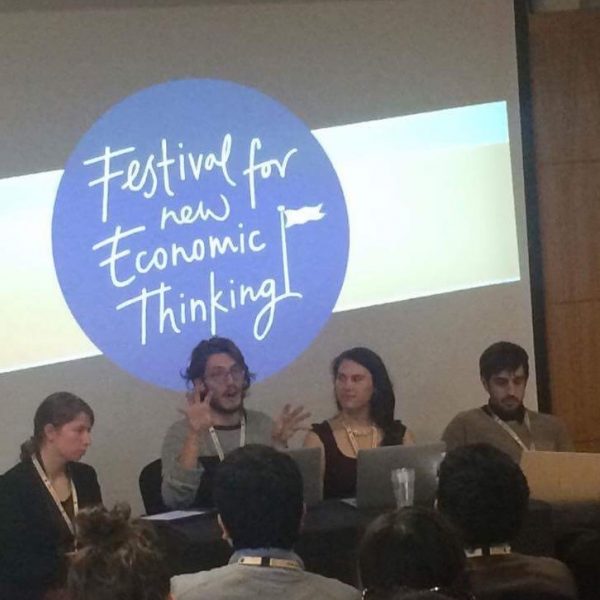