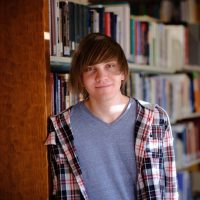 Donovan Platt is pursuing a DPhil in Mathematics at the Mathematical Institute at the University of Oxford under the supervision of Professor J Doyne Farmer and is affiliated with the INET Oxford Complexity Economics research group.

He has broad interests in Computational Finance and Complexity Economics and his current research focuses on approaches to the validation and calibration of economic agent-based models.