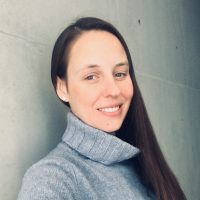 Elizabeth joined INET Oxford as Centre Manager in August of 2019 after having previously held a similar role at the Refugee Studies Centre within the Oxford Department of International Development. Elizabeth is responsible for the strategic administrative management of the centre and oversees all operational aspects, including HR, finance, IT, grants, events, visitors, communications and facilities.

Elizabeth was born and educated in the United States. She received her BA from Wellesley College in Boston. After a preliminary career in State government and Democratic politics she returned to study and earned a Masters in Emergency Management and Homeland Security from George Mason University in Washington, DC, but completed her Masters coursework with an exchange programme that brought her to Oxford University’s Department of International Development. She continued in the Department as an aide after earning her degree and ultimately served as Centre Administrator for a time before taking maternity leave.

She has spent the past four years working on smaller project-based work and being at home with her husband and two daughters aged 2 and 4. In her free time she enjoys tending the family’s allotment, baking and, when she can, travelling back to the states to visit extended family.