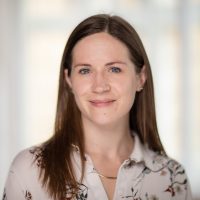 Susan is the Centre Manager for INET Oxford. She is responsible for the strategic administrative management of the centre and oversees all operational aspects, including HR, finance, IT, grants, events, visitors, communications and facilities. Alongside this main role, Susan is the EA to the Executive Director of INET Oxford, providing diary & travel management and admin support. She is the first point of call for information about INET Oxford and for connecting with Prof. Beinhocker.

Susan is based at Manor Road Building in Oxford on Mondays, Wednesdays and Thursdays. For the remainder of the week she works from home in Wiltshire and is contactable by email.

Before working for University of Oxford Susan has been a PA to military officers in the British Army and was employed as an administrator in the Housing Office of the University of Winchester. Susan graduated from Winchester with a BA in English literature in 2008.

01865 288895 - if unavailable please leave a message and the recording will come through by email for Susan to listen to and action whether working in office or from home.