How did the UK economy do since joining the EU?

In a letter to The Times INET Oxford researchers Professor Sir David Hendry, Professor Doyne Farmer, and Dr Max Roser look at how the UK economy has performed since joining the EU.

Sir, Boris Johnson recently asserted that the “EU is a graveyard of low growth”. This claim merits proper examination to determine, precisely, how the UK, US, Germany and France have done since 1973, the year in which the UK joined the EU. Per capita GDP of the UK economy grew by 103%, exceeding the 97% growth of the US. Within the EU, the UK edged out Germany (99%) and clobbered France (74%).

The UK’s growth has exceeded the US while tracking it, even since the crisis of 2008. This makes it hard to argue that the EU is dragging the UK down. Alternatively, compare this to the UK’s performance during the “glory days” of the Empire from 1872 to 1914. Back then Britain’s per capita growth was only 0.9% per year, in contrast to its robust 2.1% since joining the EU.

An important bonus is that the benefits of growth in Britain have been divided much more fairly than in the US. Statistics compiled by the Institute for New Economic Thinking show that Since 1974, median income in the UK grew by 79%, in contrast to 16% for the US. Thus, Britain has had the best of both worlds while a member of the EU -- not just strong growth, but more equal growth.

As the UK economy has grown, it has become more dependent on trade. Since 1973 the ratio of trade to economic output increased from 48% to 67%. At present 45% of the UK’s exports go to other EU member countries. In response to the concern that the EU might impose high tariffs or punitive measures if the UK leaves, some Brexiteers have said that we can “just trade with Australia and Canada”. These two countries, however, only account for a meagre 2.9% of British exports.

History is clear: things have gone very well for Britain as a member of the EU.

Firstly, since the year the UK joined the EU GDP per capita in the UK has grown faster than in the two other big EU economies France and Germany and also exceeded growth in the USA.

Secondly, growth in the UK was more equally shared than in the USA: Since 1974, median income in the UK grew by 79%, in contrast to 16% for the US. This is what research by INET researchers Professor Brian Nolan, Dr Stefan Thewissen and Dr Max Roser shows.

Thirdly, the EU is hugely important as a trading partner of the UK. The UK sells 45% of its exports to other EU member countries. 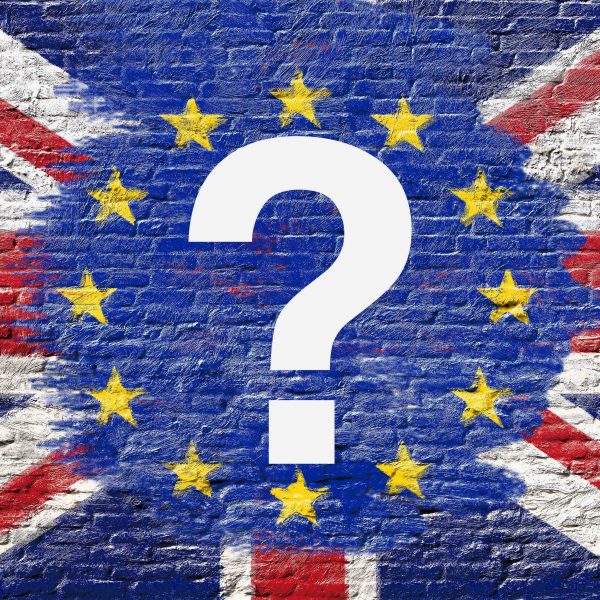