Carbon dividend from polluters to households could win over the public

Political acceptability is the biggest challenge for the introduction of ambitious carbon pricing schemes aimed at cutting greenhouse gas emissions. But using the revenue to pay a dividend to households could make carbon pricing a success, new research from The Institute for New Economic Thinking at the Oxford Martin School has found.

Findings from a new study on carbon pricing, published today (30 July) in Nature Climate Change, suggest policymakers need to prioritise benefits to the public over traditional economic concerns when it comes to making such schemes work.

The research– from The Institute for New Economic Thinking at the Oxford Martin School (University of Oxford), the Mercator Research Institute on Global Commons and Climate Change, and the London School of Economics and Political Science (LSE) – combines insights from behavioural and political science on carbon pricing, and looks at ways to make policies appealing to the general public.

Putting a price on carbon emissions is an indispensable tool for meeting the goals of the Paris agreement to mitigate climate change, say the researchers. Success stories like that of Sweden, which has the highest carbon price in the world at US$139 per tonne of CO2, demonstrate that it is possible to make carbon pricing work: while the Swedish economy has grown by 60% since the introduction of the Swedish carbon tax in 1991, carbon emissions have decreased by 25%.

The rationale for carbon pricing is simple: pricing carbon makes carbon-intensive production and consumption more expensive and creates an incentive for polluters to turn to more climate-friendly activities – for example, to switch from coal-based electricity generation to renewable energies.

Carbon prices generate government revenue, which can be used to increase green spending, compensate adversely affected industries and communities, or be redistributed to the public.

The team reviewed a large number of studies and found that using the carbon pricing revenue as a dividend to citizens – for example sending them a yearly cheque in the post— could help policymakers overcome most of the obstacles to making carbon pricing schemes a success. Two other key factors were public trust in politicians and low corruption levels.

“Factors of public perception matter,” said the Oxford Martin School’s Dr Linus Mattauch, who co-led the study. “Carbon pricing will be unpopular if citizens think that politicians won’t cut taxes as promised, or will spend the revenues in unhelpful ways. But when the reverse is true, it can be used to make carbon pricing more acceptable to the public; trust in politicians can help make carbon pricing initiatives more popular, as would concentrating the benefits of carbon pricing reform on constituencies likely to actively support the policy in the long term. We found evidence that simply calling a carbon price a ‘levy’ or ‘dividend’ also increases support.”

Professor Cameron Hepburn, Director of the Economics of Sustainability Programme at INET Oxford , said: “Carbon pricing will not work unless people clearly see what they are getting out of it. Putting a price on pollution makes economic sense, including to climate sceptics, and people like the idea of a regular ‘carbon dividend’ going into their bank account. They might also want some of the money to be used to clean up the air. But what voters in one country want will be different to another.”

·Switzerland, which recycles part of the carbon tax revenue as cheques to citizens

·The Canadian provinces of British Columbia, which has created strong constituencies in favour of carbon pricing, and Alberta, where a ‘carbon levy’ is split between green spending and compensation for those who are disproportionately affected by carbon pricing (although shifting politics could see the policy rolled back)

In Australia, however, the abandoned carbon pricing scheme provides a cautionary tale, says Professor Hepburn. “It was nicely designed but in the adversarial and aggressive political climate the scheme failed because of lack of a convincing narrative, a focus on technical details in public debate, and problems of political credibility.”

Lord Stern, Chair of the Grantham Research Institute on Climate Change and the Environment and IG Patel Professor of Economics and Government at the London School of Economics and Political Science, was also involved in the study. He said: “The scale and ambition of carbon pricing will need to increase significantly to realise the world’s climate targets. A key challenge is to achieve greater public acceptability of carbon pricing, so that policy-makers can act faster on climate change.” 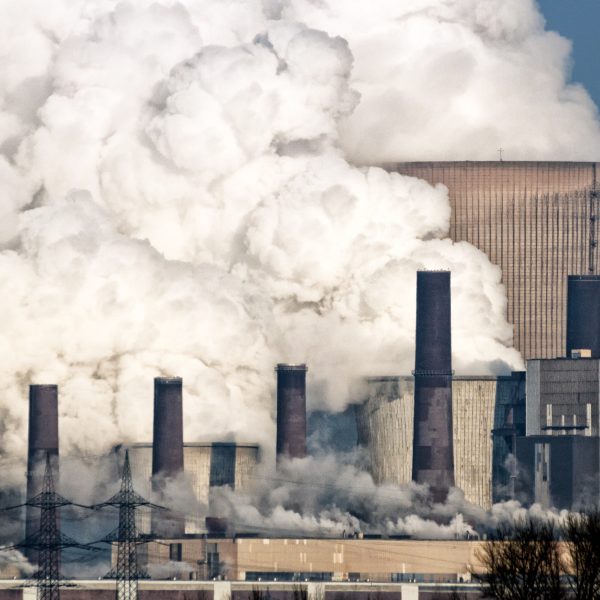