Decarbonising the energy system by 2050 could save trillions

Transitioning to a decarbonised energy system by around 2050 is expected to save the world at least $12 trillion compared to continuing our current levels of fossil fuel use.

For decades, scientists have called for a transition to clean energy to prevent the worst impacts of climate change but fears that such a transition would be costly and harm the economy have held back progress. However, a study published in Joule today shows the reverse: an ambitious, decisive transition to green energy technologies such as solar, wind, and batteries, will likely save the world significant sums of money.

The research shows a win-win-win scenario, in which a transition to nearly 100% clean energy by 2050 results in lower energy system costs than a fossil fuel system, while providing more energy to the global economy, and expanding energy access to more people around the world. This result is based purely on the economics of different energy technologies, even without accounting for the costs of climate damages and climate adaptation that would be avoided by such an energy transition.

Since Russia’s invasion of Ukraine, the costs of fossil energy have skyrocketed, causing inflation around the world. This study, conducted before the current crisis, takes account of such fluctuations using over a century’s worth of fossil fuel price data. The current energy crisis underscores the study’s findings and demonstrates the risks of continuing to rely on expensive, insecure, fossil fuels. The research confirms that the response to the crisis should include accelerating the transition to low cost, clean energy as soon as possible, as this will bring benefits both for the economy and the planet.

Completely replacing fossil fuels with clean energy by 2050 will save us trillions. Prof J. Doyne Farmer

"There is a pervasive misconception that switching to clean, green energy will be painful, costly and mean sacrifices for us all – but that’s just wrong," says Professor Doyne Farmer. "Renewable costs have been trending down for decades. They are already cheaper than fossil fuels in many situations, and our research shows that they will become cheaper than fossil fuels across almost all applications in the years to come. And if we accelerate the transition, they will become cheaper faster. Completely replacing fossil fuels with clean energy by 2050 will save us trillions."

For decades, standard models got clean energy costs badly wrong. The researchers analysed thousands of transition cost scenarios produced by major energy models and found that the real cost of solar energy dropped twice as fast as the most ambitious projections in these models. Over 20 years all of these models badly overestimated the future costs of key clean energy technologies versus reality.

In prior work, the Oxford team showed it could ‘get the odds right’ in its probabilistic forecasts of energy technology costs. It tested the forecasting method against decades of historical data for 50 different technologies, using a technique called backtesting, which is routinely used in the financial industry. The data used in this study includes 45 years of solar energy costs, 37 years of wind energy costs and 25 years for battery storage. Using probabilistic models, this study shows that the probability of further cost reductions in key green energy technologies is now so high that our best bet is to push ahead rapidly with the energy transition.

A common objection to scenarios for a rapid transition to net-zero carbon is the need for large amounts of energy storage to handle intermittent renewables. The study showed that the costs for key storage technologies, such as batteries and hydrogen electrolysis, are also likely to fall dramatically. Meanwhile, the costs of nuclear have consistently increased over the last five decades, making it highly unlikely to be cost competitive with plunging renewable and storage costs.

The study’s ‘Fast Transition’ scenario shows a realistic future of a near fossil-free energy system by 2050, providing 55% more energy services globally than today, with large amounts of wind, solar, batteries, electric vehicles, and clean fuels such as green hydrogen (made from renewable electricity). Such a net-zero carbon future is not only technically feasible, but the research shows it is expected to cost the world $12 trillion less than continuing with the polluting fossil fuel-based system we have today.

Lead author Dr Rupert Way said, "Past models predicting high costs for transitioning to zero carbon energy have deterred companies from investing and made governments nervous about setting policies that will accelerate the green transition and cut reliance on fossil fuels. But past models have overestimated key green technology costs again and again, leaving modellers to play catch up as real world costs plunged over the last decade. Only a few years ago, net zero by 2050 was believed to be so expensive that it was barely considered credible, yet now even the most pessimistic models concede that it’s entirely within reach. Our research goes further and shows that scaling up key green technologies is likely to drive their costs down so far that overall they generate net cost savings, and the faster we go, the more we will save. Accelerating the transition to renewable energy is now the best bet not just for the planet, but for energy costs too."

Professor Farmer adds, "The world is facing a simultaneous inflation crisis, national security crisis, and climate crisis, all caused by our dependence on high cost, insecure, polluting, fossil fuels with volatile prices. This study shows that ambitious policies to dramatically accelerate the transition to a clean energy future as quickly as possible are not only urgently needed for climate reasons, but can save the world trillions in future energy costs, giving us a cleaner, cheaper, more energy secure future."

The research is a collaboration between the Institute for New Economic Thinking at the Oxford Martin School, the Oxford Martin Programme on the Post-Carbon Transition and the Smith School of Enterprise & Environment at the University of Oxford, and SoDa Labs at Monash University. 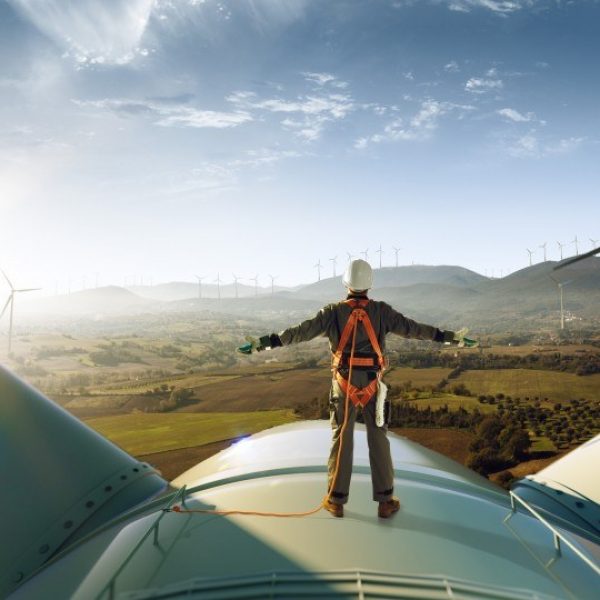