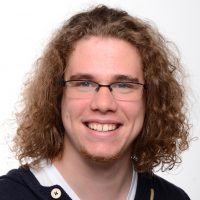 Nils is currently a DPhil student in Mathematics under the supervision of Prof. Doyne Farmer and Dr. Neave O'Clery and is affiliated with the INET Oxford Complexity Economics group. Before his DPhil Nils studied Economics in Tuebingen, Copenhagen, and Oxford. In his research he aims to understand the combinatorial nature of technological progress, i.e. the idea that humanity's technological capabilities increase mainly through combining and recombining existing technologies. To this end he uses tools from network and graph theory, dynamical systems, stochastics, and evolutionary biology. In his DPhil and beyond he hopes to contribute to a better understanding and potentially to building predictive models of which technological combinations might prove valuable, how science and technology interact at the frontier of knowledge, and what impacts future technologies could have on society and the economy.