The Institute for New Economic Thinking at the Oxford Martin School (INET Oxford) is a multidisciplinary research centre dedicated to applying leading-edge thinking from the social and physical sciences to global economic challenges.

INET Oxford has over 75 affiliated scholars from disciplines that include economics, mathematics, computer science, physics, biology, ecology, geography, psychology, sociology, anthropology, philosophy, history, political science, public policy, business, and law working on its various programmes. INET Oxford is a research centre within the University of Oxford’s Martin School, a community of over 300 scholars working on the major challenges of the 21st century and has partnerships with nine academic departments and colleges.

INET Oxford was founded in 2012 as the result of a grant by the Institute for New Economic Thinking (INET), a New York based philanthropic organisation that was created in the wake of the 2008 Global Financial Crisis to promote innovative, policy relevant economic research.

To develop new economic knowledge that fundamentally advances a scientific understanding of the economy and contributes insights into addressing major economic and social challenges.

How we measure our success—impact on

Our Theory of Change 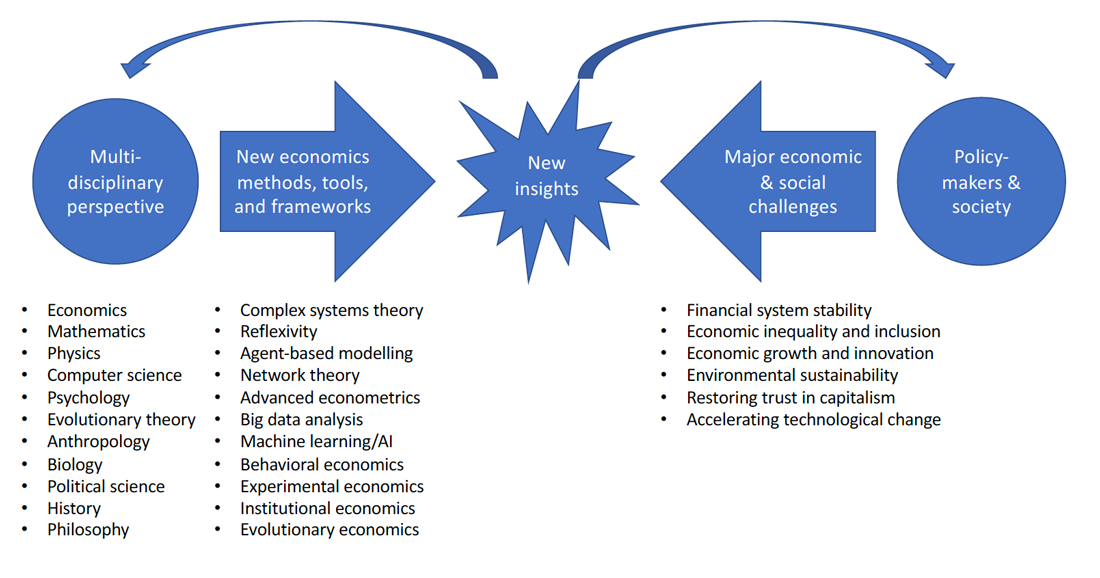 INET Oxford was created with founding grants from the Institute for New Economic Thinking (INET), the Open Society Foundations (OSF), and the Oxford Martin School, as well as general support from the University of Oxford.

We are also grateful for the support and partnership of a number of research funding agencies, philanthropic foundations, charitable organizations, corporations, and individual donors, including:

As a research centre INET Oxford is unable to admit students; this is done through one of the Academic Departments:

For further information on applying to the University please see the admissions website.

Once admitted we then involve students in our research in various ways if their work is aligned with certain projects here at INET Oxford.

We have a lively visitors programme here at INET Oxford. To become a visitor:

Our vacancies are advertised in three places:

Be the first to hear about our vacancies by: