An award-winning INET Oxford research paper which correctly predicted the economic impact of the first UK lockdown is now available to read in the Journal of Economic Dynamics and Control.

When the Coronavirus pandemic brought whole industries to a halt, researchers Anton Pichler, Marco Pangallo, R. Maria del Rio-Chanona, François Lafond, and J. Doyne Farmer began investigating how to best forecast the severe economic shock that was taking shape. The model they built for this task was able to predict the GDP hit that lockdown would cause with remarkable accuracy.

In May 2020, their new model predicted that the UK’s Gross Domestic Product (GDP) would contract by 21.5% in the second quarter of 2020, compared to the last quarter of 2019. That was remarkably close to the actual contraction of 22.1% estimated by the UK Office of National Statistics.

“The model was not only useful for predicting GDP,” points out Anton Pichler, first author of the study. “It tracks most relevant economic variables on both levels: the entire economy and individual industries.”

The model was not only useful for predicting GDP. It tracks most relevant economic variables on both levels: the entire economy and individual industries. Anton Pichler, INET Oxford Associate and first author of the study

The model is a milestone in making economic predictions and leaders around the world could use it as a tool during turbulent economic times, points out INET Oxford's Director of Complexity, J. Doyne Farmer, who is one of the co-authors of the paper.

An agent-based model is a computerized simulation of a number of decision-makers – or agents – and institutions. Such a model doesn’t “rely on the assumption that the economy is in equilibrium. Instead, at any given time, each agent acts according to its current situation, the state of the world around it, and the rules governing its behavior,” says Farmer.

Therefore, the new computer simulation incorporates the uncertain and changing nature of the real world. “We explored how consumers place their demands in the market, how businesses hire and fire employees, and how they deal with shocks to their inventory,” explains Pichler.

The model allowed the researchers to anticipate changes of several key economic variables. It correctly predicted a stronger reduction in private consumption and investment than in government consumption and inventories, for example. It also forecasted a weaker decline in wages and salaries than in profits, due to job retention schemes promoted by the British government.

The researchers also modeled the dynamics of single industries. “Our research shows that several industries were affected by supply chain disruptions and including these effects was key to making good forecasts,” says Pichler.

Read the full study, “Forecasting the propagation of pandemic shocks with a dynamic input-output model”, here. 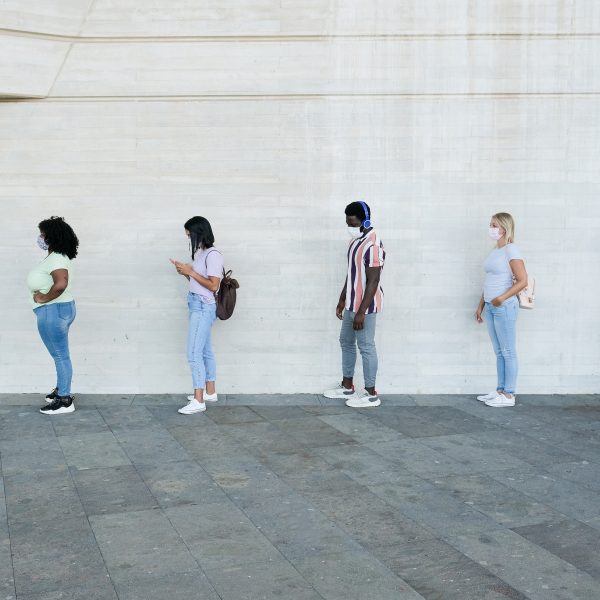